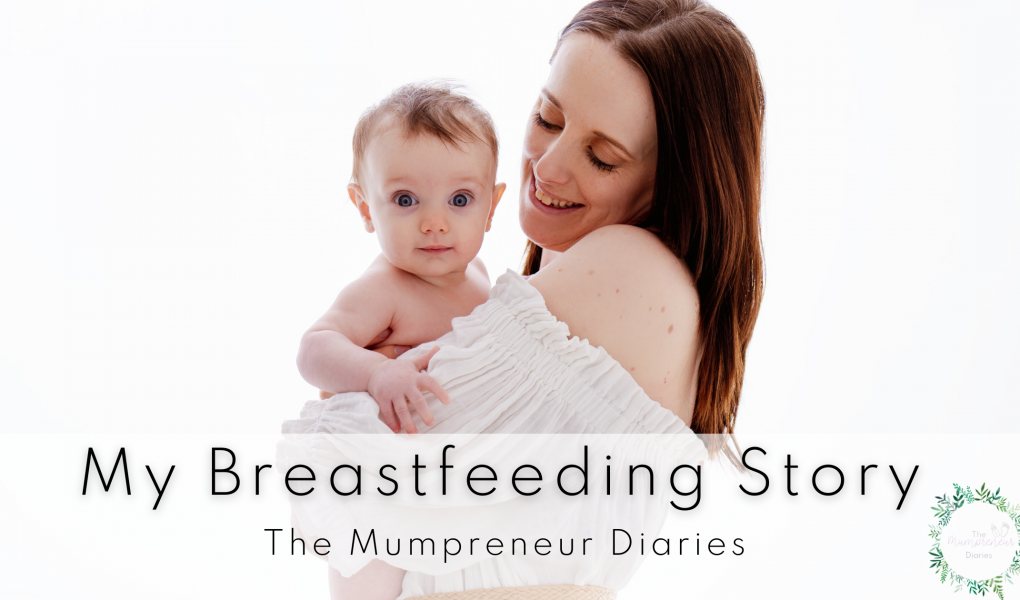 I have loved sharing other peoples breastfeeding journeys on The Mumpreneur Diaries and I hope to share many many more. Reading others’ stories can often give us insight, motivation and maybe a tip or two to help us on our own journeys.

In the back of my mind I’ve always thought I should share my journey, “but I’ve never had any major issues so maybe people will think I’ve just had a super easy journey and bragging”. Now I know deep down that is just silly and me allowing my thoughts to take control. So here is my breastfeeding journey with feeding my two beautiful girls.

In 2016, I gave birth to my eldest. I hadn’t given feeding too much thought, I just assumed I will try breastfeeding and if I can great, if I can’t then I will bottle feed. Soon after birth they initiated trying our first latch, and we continued to do so throughout the day. While she was latching, it wasn’t a very strong latch so they also encouraged expressing some colostrum and topping her up from a syringe.

I stayed in hospital for 2 nights as they wanted to help me make sure she had a healthy latch that would prevent any problems, the midwife actually suggested staying in a third night but I was desperate to get home as my brother and his family were driving up to see us and meet baby for the night. For reference this was in New Zealand in a small town, so I guess they weren’t so stretched to get you out of the hospital bed as quick as possible.

Our breastfeeding journey was rather smooth, we got into our own routine while continuing to feed on demand and I was grateful to continue that until she was around 13 months old. Personally I always thought of breastfeeding to be easier for those night time feeds, no needing to go ti the kitchen and make a bottle while baby has to wait, merely pick them up, sit down and pop your boob out ? The downside was it is all on you, you couldn’t nudge dad awake instead to do the middle of the night feed.

We had a few close calls with blocked ducts but I tried my best to catch it early to prevent mastitis and I was lucky enough to never get it. Two tips that helped me were hand massaging under a hot shower helped clear out the duct, on top of extra feeding from that side.

Number 2, pop a cabbage in the fridge then place the leaf in your bra! What? Sounds strange I know, I thought the same when it was suggested but it works. Studies show the cabbage leaf can relieve the pain and hardness of engorged breasts as the leaves absorb some of the fluid from the glands in the breast area.

At around 8 months old, I decided to mix feed a little. It was more so if anyone looked after her, or so her nanny could help feed her or as she got older for convenience when out & about. She happily took to a bottle and happily took to formula (she had only had a bottle of expressed breastmilk a few times before). Boom! Perfect! Surely that will happen with any more children we have…

Differently to my feelings with my first, although I 100% agree with ‘fed is best’, I really wanted to breastfeed again and knew I would be absolutely gutted if I wasn’t able to. Luckily for me, I managed to with no troubles (thank you universe!).

We are now going on 10 months strong alongside solids which we started to wean onto just before 6 months. Night times we get multiple wakes up, normally 3 at this moment and I’m sure some are purely comfort. We actually have a fabulous blog from Daisy Ferns on cutting down nighttime weaning which I plan to take some tips from. I also feel like I’m stuck in a vicious circle, I’m so tired and just want to get back to bed so of course the easiest answer is to pop her on the boob for a quick feed rather than persevere with trying to settle her without.

I’ve sometimes thought, maybe if I had just bottle fed from the start she might be sleeping through now. The nights feed seem mainly for comfort as they don’t last very long and it’s a sure way back to sleep. It’s a battle between me being half asleep & just wanting to go back to bed and knowing I need to try settle her without a feed to reduce the wake ups.

Comparison is a killer but I can’t help myself sometimes compare to my friends babies who are formula fed who have been ‘sleeping through’ from a much younger age. We haven’t had a night of no broken sleep yet but maybe this is just her, I try to remind myself in those moments of exhaustion to cherish the one to one time, cherish the night cuddles because I know one day soon it shall pass and I will miss it.

Different to her big sister however she just won’t take to a bottle. I’m still not sure if it’s the bottle or the formula she is refusing. She happily drinks water from a bottle – milk not so much. I’ve tried different formula’s, breast milk, mixing it, a different bottle, making sure she is hungry/tired, someone else giving it to her… It’s not the end of the world, it’s just a little frustrating as it means I can’t leave her for long and sometimes momma just needs a break! It is getting slightly easier now she eats solids and in a couple of months I can try her on cows milk.

Like I said there are sometimes downsides to breastfeeding but there are many many positives in my eyes too. 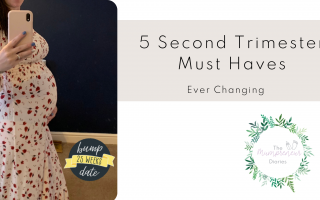 5 Must Have Items for Your Second Trimester 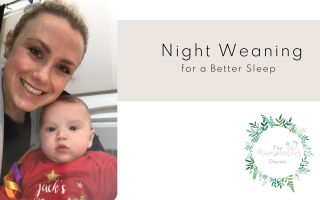 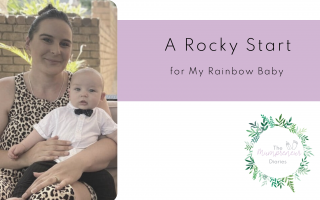 A Rocky Start for My Rainbow Baby